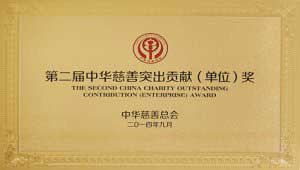 Dedicated to making the corporation better and stronger, SINOTRUK sticks to the operation concept of“Human Orientation and Honest SINOTRUK”, volunteers to take the social responsibility, actively supports social welfare undertakings, and actively rewards the society. During the five years from 2009 to 2013, SINOTRUK had successively donated RMB 36,650,000 in total to the Charity Federation at all levels, disabled persons foundations, and deprived workers. 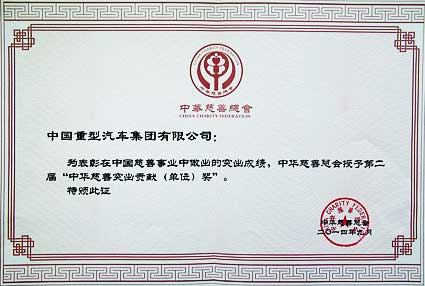 SINOTRUK has won the award for the second time since the First “China Charity Outstanding Contribution (Organization) Award” in 2008.

In addition, SINOTRUK has recently also received the 2014 Fucai Cup Shandong Charity Award for “the most caring enterprise” granted by the Department of Civil Affairs of Shandong Province.